Leuven (BE), New York (USA), 25 November 2020 – Cumul.io, the building block for dashboards inside other SaaS applications, today announced a new investment round of €3.5M, led by Axeleo Capital, LRM, and SmartFin, who led their previous investment round.

Co-founders Karel Callens, Haroen Vermylen and Thomas De Clerck launched the company 5 years ago in Belgium, and have seen exponential growth since the launch of their embedded analytics offering 2 years ago. More than 190 SaaS companies in 30 countries are using Cumul.io to drastically speed up the development of analytical features in their application, decreasing their time-to-market from more than 6 months to roughly a few days.

The low-code platform’s intuitive interface to create & embed dashboards has led to their dominant position in the Analytics SaaS niche, with client references such as Dixa, WorkMarket, and Selligent Marketing Cloud. With a consistent +100% annual growth rate over the past years, and equal projection for 2020 despite the pandemic, Cumul.io sees a bright future ahead.

“We are really confident of Cumul.io’s growth as the future leader in Embedded Analytics at a global level,” says Eric Burdier, Founding Partner at Axeleo Capital. “Their user-friendly interface combined with API-first and Cloud-first approaches makes the platform a unique solution in its kind for CTOs and CPOs. Add to this their disruptive usage-based pricing model that eliminates the cost of licenses per end-customer, and you have a guaranteed recipe for success.”

Based in Leuven, Cumul.io has solid roots in Europe and through their NYC office, 25% of Cumul.io’s total revenue is generated on the US market. The funding will be used to continue growing their market presence worldwide with a special focus on Europe (UK, FR, DE) and US. In addition, they will accelerate the execution of their roadmap, which includes next-generation technology such as their embeddable dashboard editor, and a brand-new query engine, capable of ingesting & analyzing large datasets at an unparalleled depth & speed. Stijn (Stan) Christiaens, co-founder & CTO at Collibra, a well-known software European unicorn, pursues his independent board member role.

“We’re taking strong leadership in Europe, driven from our HQ in Leuven and a new office in Genk. To accelerate our global expansion plans, our growing US office will play a key role in gaining traction on the US market. We aim to double the size of the team on our main markets: we are actively hiring a Product Marketer, and planning to hire new team members in sales, marketing and customer support, both in Europe and the US,” says Karel Callens, CEO at Cumul.io.

Cumul.io is a software company in data visualization, providing a low-code platform for data analysis with seamless integration into other SaaS platforms or applications. Built by the two early founders, Karel Callens and Haroen Vermylen, Cumul.io answers the increasing demand for easy and accessible data analysis tools and integrations.

Since 2016, Cumul.io is supported by the imec.istart accelerator and the Telenet Kickstart incubator program. In 2017, it closed a first seed round of 500.000 euro.

Axeleo offers european founders of B2B tech startups a unique support framework combining capital investment through its VC early-stage funds, a tailor-made acceleration program and an ecosystem of over 100 high-level seasoned software experts and mentors. Axeleo is committed to supporting the startups it accompanies, from the seed phase to Series B – as part of a logic of accelerating their international marketing. Since 2018, Axeleo operates B2B Rocks to nurture the european tech scene and to facilitate discussions between founders & peers and to break cultural frontiers of Europe.

Axeleo Capital, an AMF-approved management company with €80 million under management, counts start-ups such as Alsid, Jenji, Joko, 365 Talents, Hyperlex and Trustpair in its portfolio.

LRM is an investment company that develops and stimulates economic growth in Limburg. We provide a solid foundation, allowing companies and projects, which create jobs in Limburg, to grow. Our financial means and economic expertise, together with Limburg’s key assets, create a unique breeding ground.

5 Strategies to Improve the Effectiveness of Your Dashboards

5 learnings every SaaS product manager should remember from AX Forum 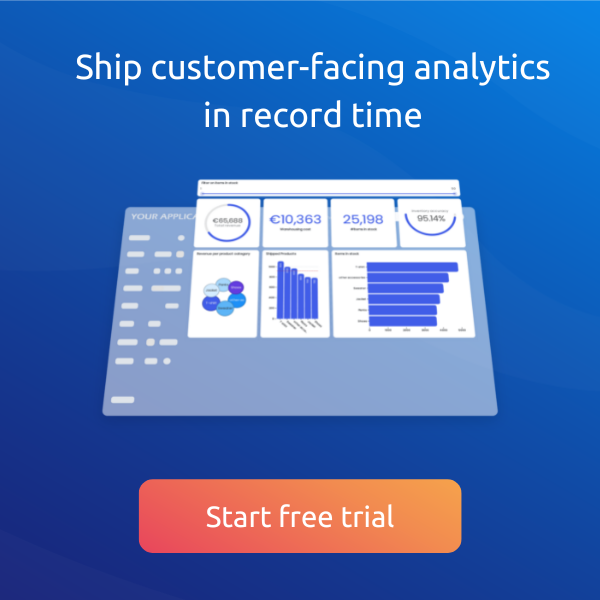